Today was Kim and John’s last day in Hoi An before they move on to Ho Chi Minh City (Saigon).  They had a bit of a later start today, so they took advantage of it and slept in.

Around 10:00 a.m. they met up with the group and headed to a local family’s house to learn how to make crispy rice paper and noodles.  The couple can make up to 500 per day and sell them for 3000 vd a piece….which works out to be about $75 cdn per day.  It is a lot of work, and they are very proud to be able to send their children to university.  They work hard for their kids to enable them  to have a better life.  They gave the group a demonstration, and then Kim and John tried it out….I think they did pretty good! 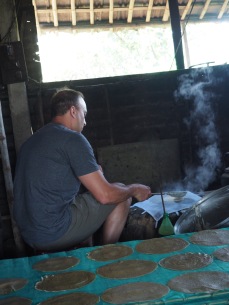 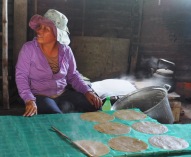 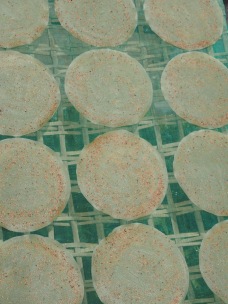 rice paper drying in the sun

Next up…how to make the noodles, and of course lunch…boy they are eating a lot on their trip! 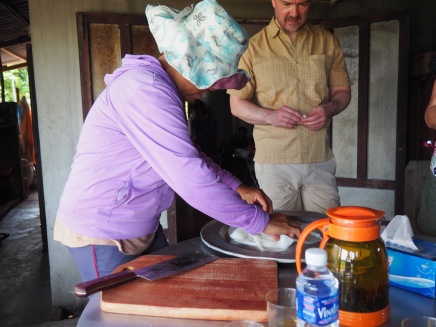 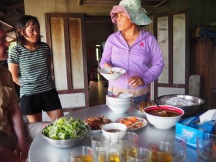 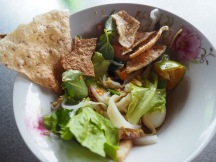 Lunch with the rice crisps and noodles….delicious

In the afternoon they had the opportunity to go on an optional excursion to visit the ancient ruins of My Son. The My Son temple complex is regarded as one of the foremost Hindu temple complexes in Southeast Asia and in 1999 My Son was recognized by UNESCO as a world heritage site. My Son is the longest inhabited archaeological site in Indochina, but a large majority of its architecture was destroyed by US bombing during a single week of the Vietnam/American war. 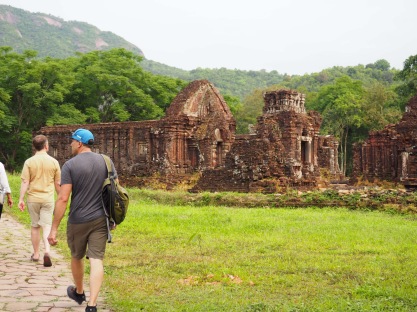 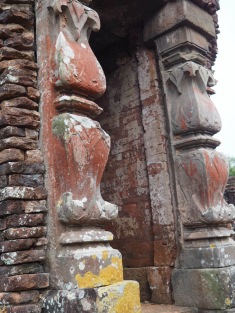 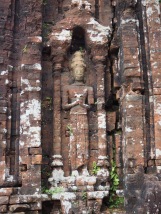 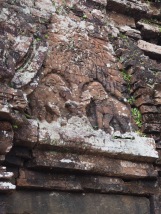 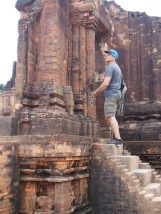 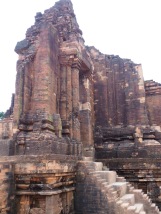 It was a busy day, but they still had time to meet up with the group for dinner at a restaurant in the old town called the Secret Garden.  Tomorrow they head to Ho Chi Minh Ciry (Saigon) 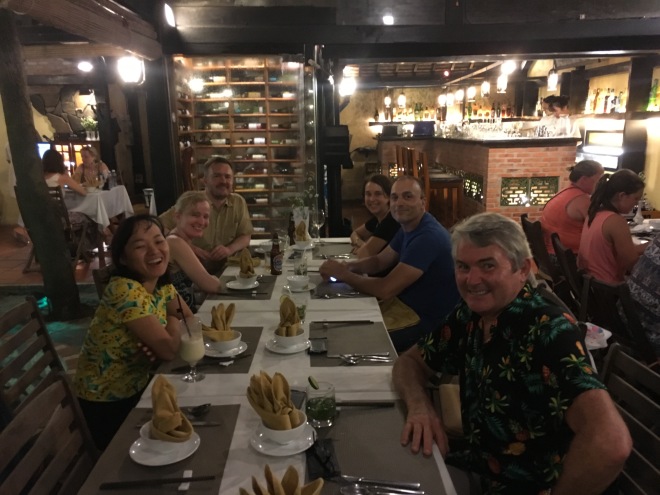