Well folks….Kim had to have one last tour before she flies to Spain tomorrow.  Tonight she met up with a group from Urban Adventures (they are part of the Intrepid family) for a food tour of Marrakech.

Kim wasn’t too sure about going on this tour, because it took place in the same square she was at with her intrepid group…Djemaa el Fna.   There are lots of people here, and Kim said you have to pay attention, because you can be pickpocketed.   But, she braved it and arranged for a ride from the driver at the hotel who was awesome!  And…one of the people from her intrepid group was also on the tour, so all was good.

They met up with their guide Omar in front of cafe France and toured the Medina, stopping to sample along the way.

First stop…watching how bread is made the old fashioned way.. 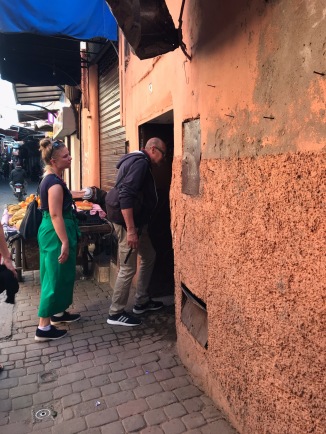 Next up…Moroccan donuts and Moroccan pancakes stuffed with tomato, peppers, and parsley 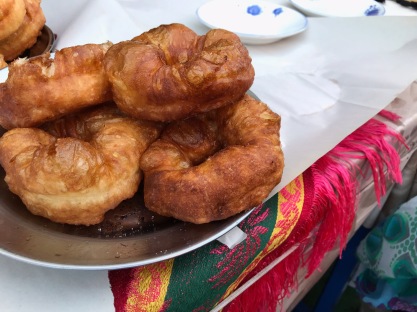 Moroccan soup…filled with lentils and chick peas, and a pastry were next! 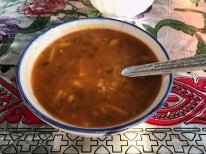 Olive tasting anyone?  Kim said they have the best olives here:)

Tangier was next….at a restaurant whose chef was previously chef to the king.  This is a local dish of Marrakech.  It is a slow roasted meat, made in a tangier pot.  It is cooked in Hamman coals for hours.  It is called “daughter of the ashes”.  Delicious!

And last but not least….Moroccan pastries and a different kind of tea 🙂 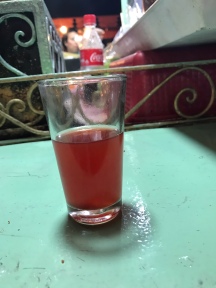 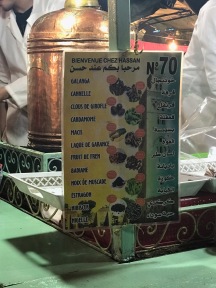 Well folks, that’s all for Morocco. Kim is safe and sound in her hotel, all packed and ready to head out early to the airport tomorrow….on her way to Spain to meet her friend Dawn….the adventures continue.

have a pawsome day, and make every day an adventure!