There was an error retrieving images from Instagram. An attempt will be remade in a few minutes.

Hi everyone! Today was another epic bus tour for Kim and Dawn. Oh boy, this was a tough one. They had to be at the pickup location for 7:10 am and when they got on, they noticed they were the first to arrive. Kim asked the guide how many people were going to be on this tour….sesenta…well folks, that means 60 in Español…..and they all needed to be picked up. So, that added about an hour to their trip.

After everyone was picked up, they headed to Cordoba which was about 170 Kms away.

They both agreed that it felt like they got there faster than their bus trip yesterday, because the roads weren’t so windy. They still enjoyed the beautiful lush scenery, and the trip was smooth sailing.

The reward in Cordoba was their visit to the Mezquita (pronounced like mosquito;) )

This is the only one in the world, and they both thought it was pretty amazing. It’s a massive former mosque with a 16th century church rising up from the middle. It was once the Center of Western Islam and the heart of a cultural capital that rivaled Baghdad and Constantinople. Kim thought one of the coolest parts is that from the inside, there is a minaret, which is part of the mosque, but from the outside it looks like a bell tower. Kim also thought the history was interesting, particularly having just visited Morocco. Funny how things start to fit into place, isn’t it?

After the tour of the Mezquita, the guide took them for a tour around the winding streets of the Medina and the Jewish quarter. Beautiful spot, with lots of people. Oh my goodness! The gals wonder what high season would look like! 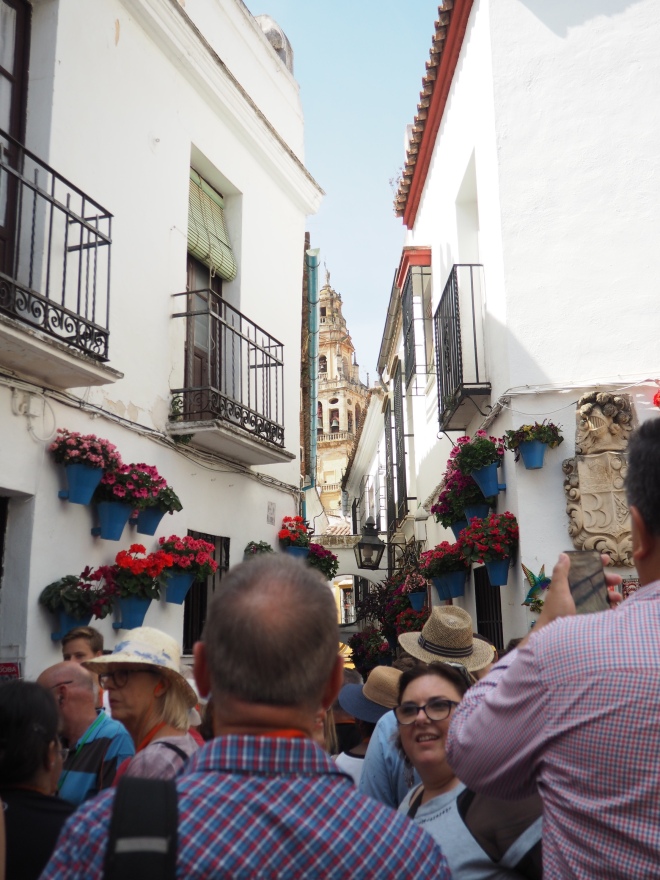 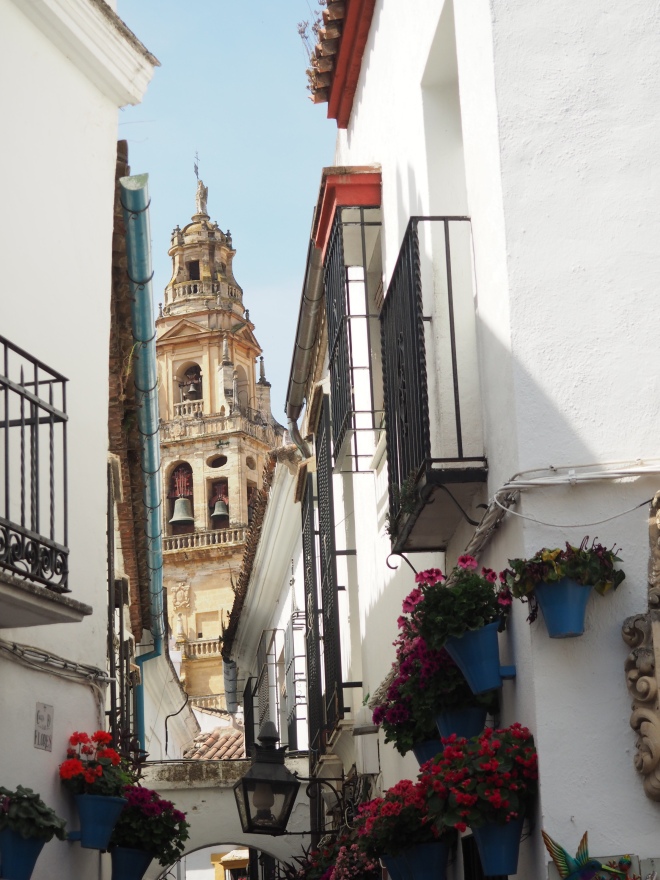 Next is free time! Dawn and Kim found an amazing tapas place and shared eggplant with honey and meatballs…they may have had a glass of sangria too. They both thought this was the best meal yet! 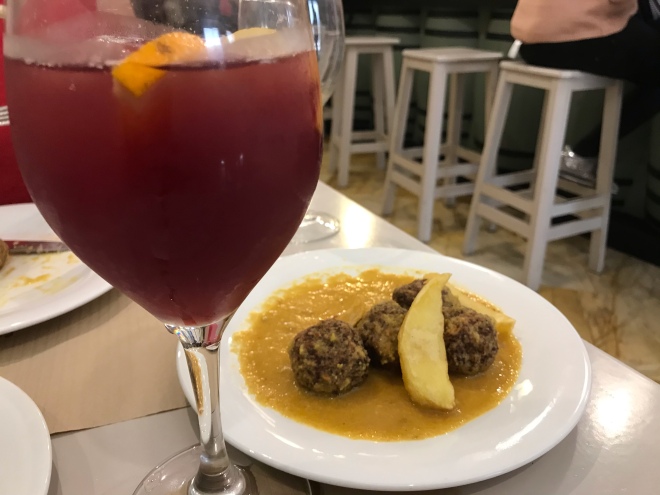 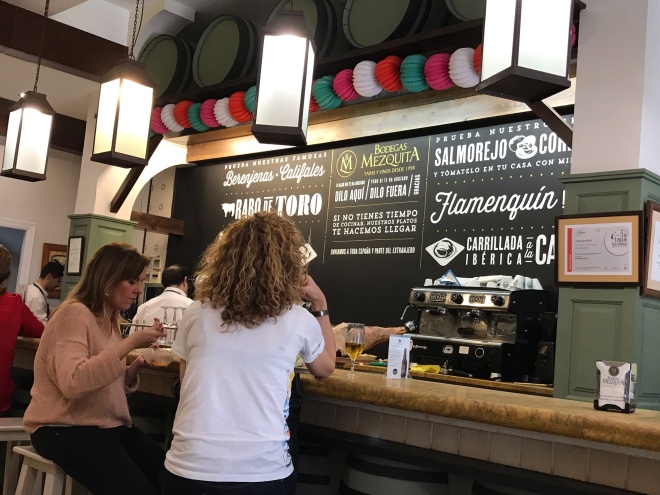 A few stops in some souvenir shops and Kim purchased a few prints from a local artist on the street! doesn’t he look happy!

Okay folks! The gals are busy and they are off to Granada tomorrow….stay tuned!

Kim saw this today in the Medina….says it all, doesn’t it? Love and kisses, Teddy ❤️