On their second day in Medellin, Kim and John took two tours. In the morning they went n a graffiti tour, and the afternoon was a Pablo Escobar tour. Both tours focused on the violent history of this city, and how people and social projects turned things around. Medellin is now a vibrant, innovative, progressive city. Kim said the people are amazing and resilient and they are still working towards building a strong inclusive community.

This was a surprise, Kim said, because they got more than they bargained for. While they saw a lot of amazing graffiti, they also learned about the violent history of Comuna 13 (Pablo Escobar played a huge part of this), and they learned about how the hip hop, rap, art, and music culture influenced change.

A bit about the area….

Only a few years ago, the Comuna 13 neighborhood was the most dangerous community in the city of Medellin but today it’s the most colorful and vibrant communities in the city. After the government and private sector invested in social and youth programs the local residents and artists reclaimed the neighborhoods and contributed to the miraculous transformation which we see today, the streets filled with incredible street art, music, street performers, and vendors.

Surprisingly, escalators are one of the innovative transport solutions that have helped transform life in a place once known as one of the world’s most dangerous cities.

Its 12,000 residents had to hike the equivalent of 28 stories home after scraping their living in the city. Steep roads made it impossible for vehicles to access this poor neighborhood, leaving the community isolated and impenetrable.

A 384-meter orange-roofed escalator, opened in 2011, scales the mountain, with a journey taking just six minutes. The development has become a model for urban planning around the world. This simple innovation is credited with helping to bring peace and pride to a community once plagued with violence. 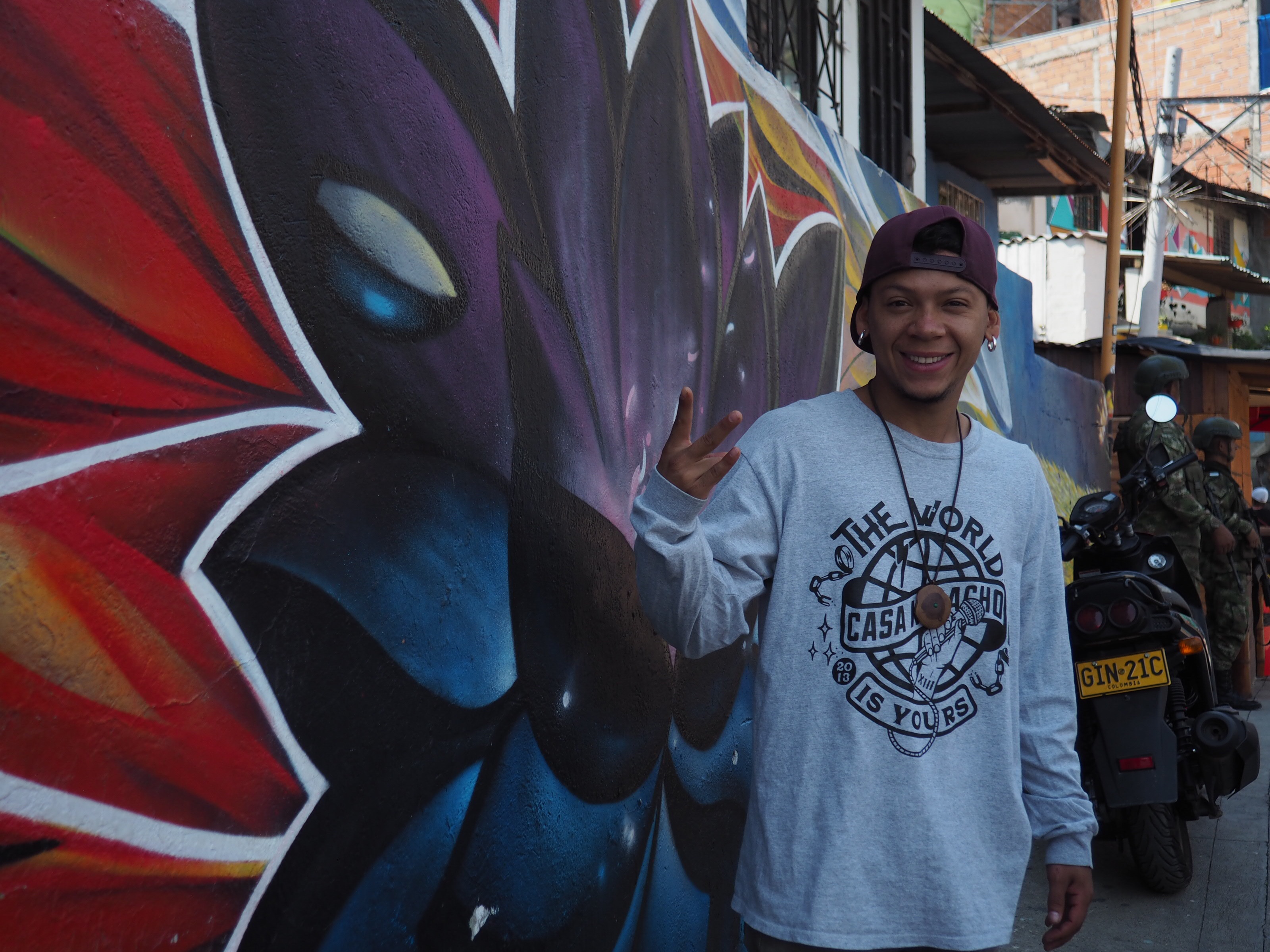 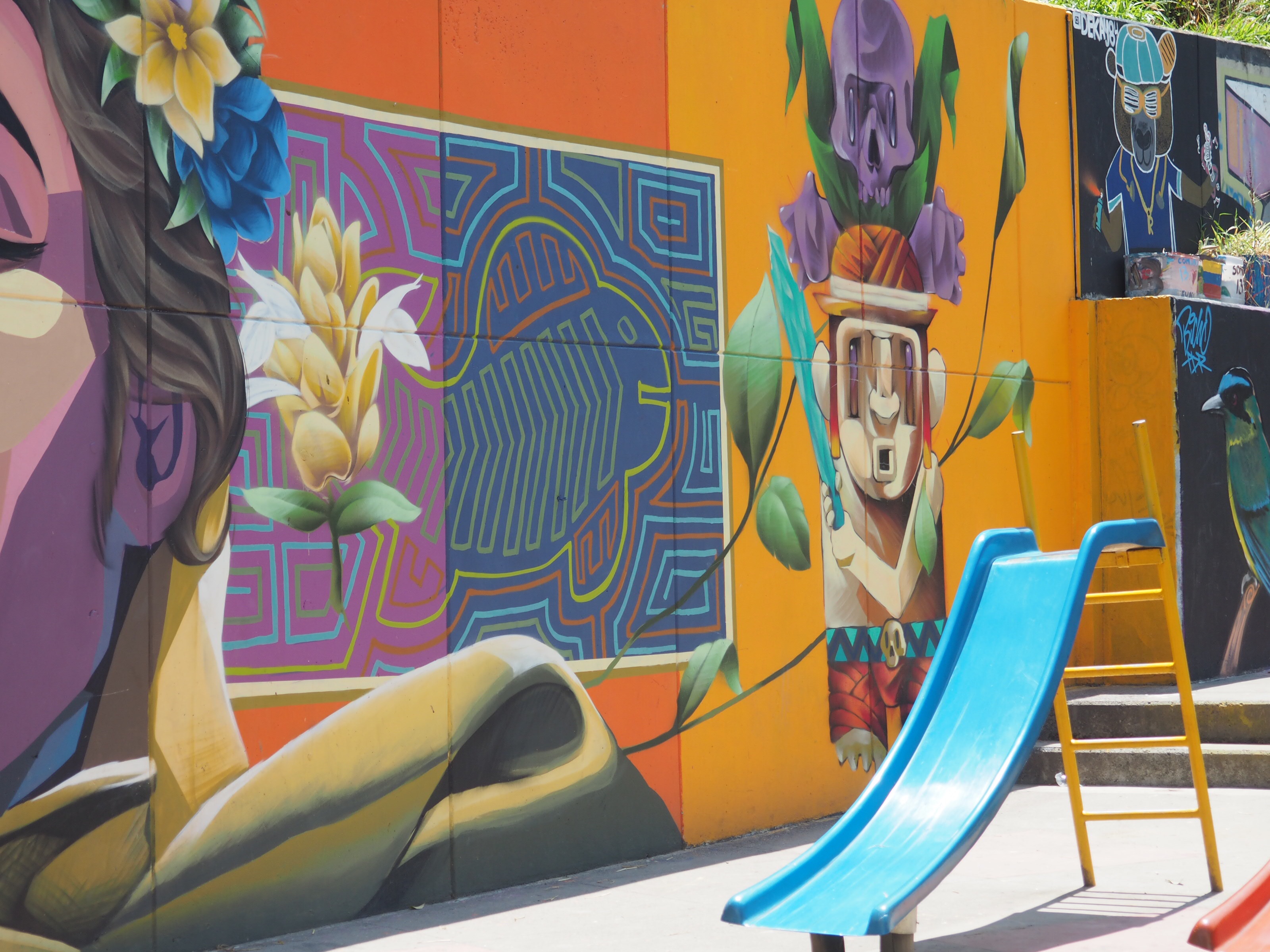 When Kim and John started working with travel agents to book their Colombia tour, one of the companies wouldn’t book Escobar tours, because they didn’t want to support promoting this part of the history. There are different tours, some seem to idolize him, but the one Kim and John went on focused on the history of narcoterrorism, with a balanced view from the many victims.

From the NY times..

The drug lord’s legacy has cast a shadow over Medellín, driven in part by new documentaries, television shows like the Netflix hit “Narcos” and books that have focused on Mr. Escobar’s life.

In death, he has become something of a folk hero, for his meteoric rise from the working class to billionaire, and for his generosity to some, building houses and hospitals for the poor.

Medellín, called the world’s most dangerous city by Time magazine in 1988, has seen violent crime plummet and has increasingly become a tourist destination. Some have capitalized on the city’s history as a narcotics hot spot.

But the tourist narrative often leaves out the impact of his bloody rise to power and the bribery, kidnappings and killings of anyone who dared defy the cartel.

The mayor of Medellín, Federico Gutiérrez, told the local news outlet El Colombiano ahead of the demolition that knocking down the structure was an important symbolic step forward for the city and the country.

They started by seeing the house where Pablo was trapped and killed, followed by the cemetery where he, his family, and members of the cartel were buried, and ended with the memorial park. 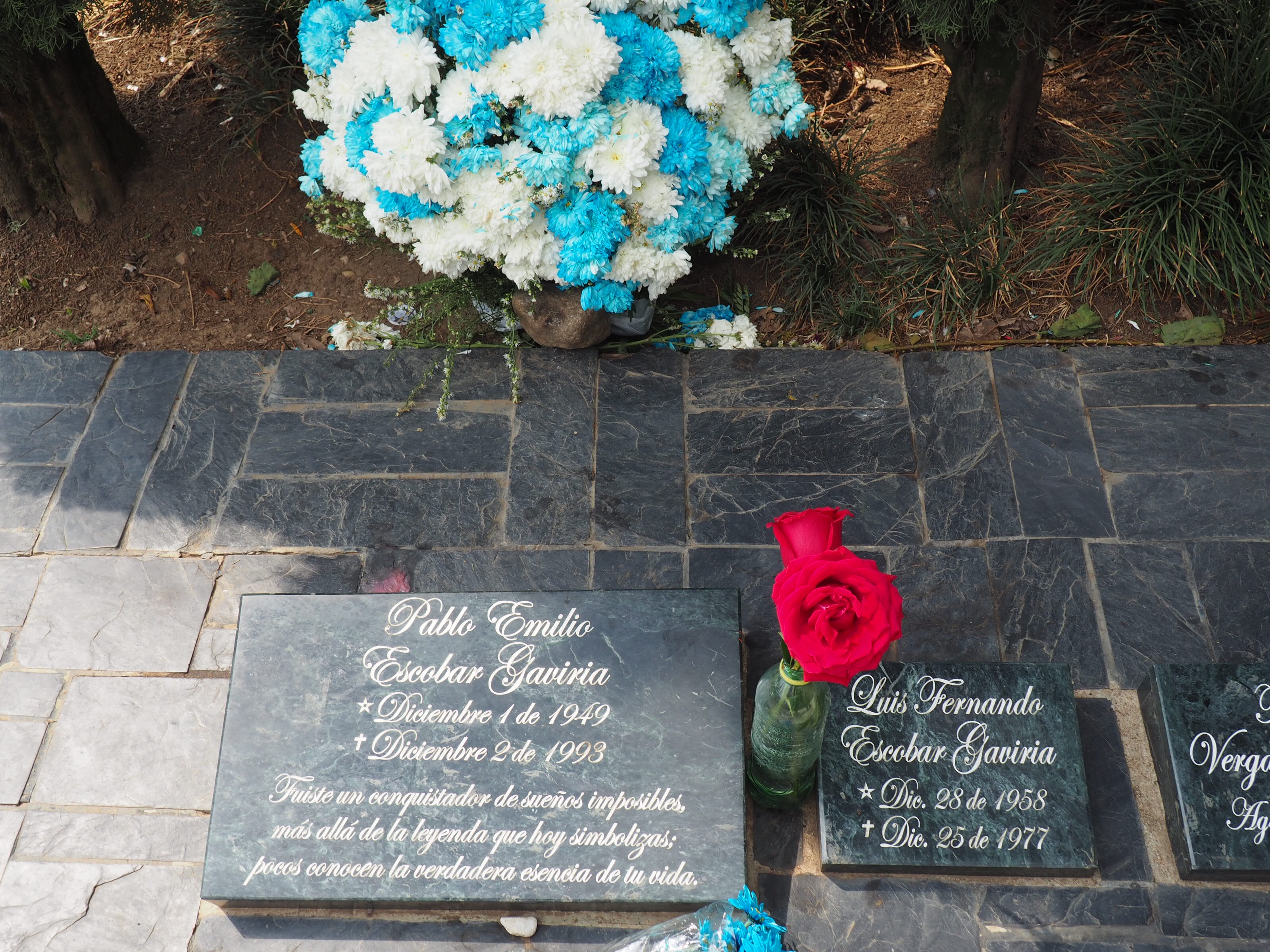 inflexion Park remembers the 46,612 victims of the narcoterrorism that affected the city and country between the 1970s and the beginning of the 21st century. It is on land that previously was the home of Escobar. The government demolished his home and created the memorial.

Inflexión Memorial Park is Medellín’s place to remember the victims of drug trafficking, and to come together. It is a place to remember history, to give it a new meaning from the perspective of those who died in the war between the drug cartels and to make a joint commitment for it to never happen again.

In the middle of the park is the path of heroes. Stone engravings capture messages of the victims who faced the horror of drug trafficking and focus on values such as honesty, good judgment and justice. 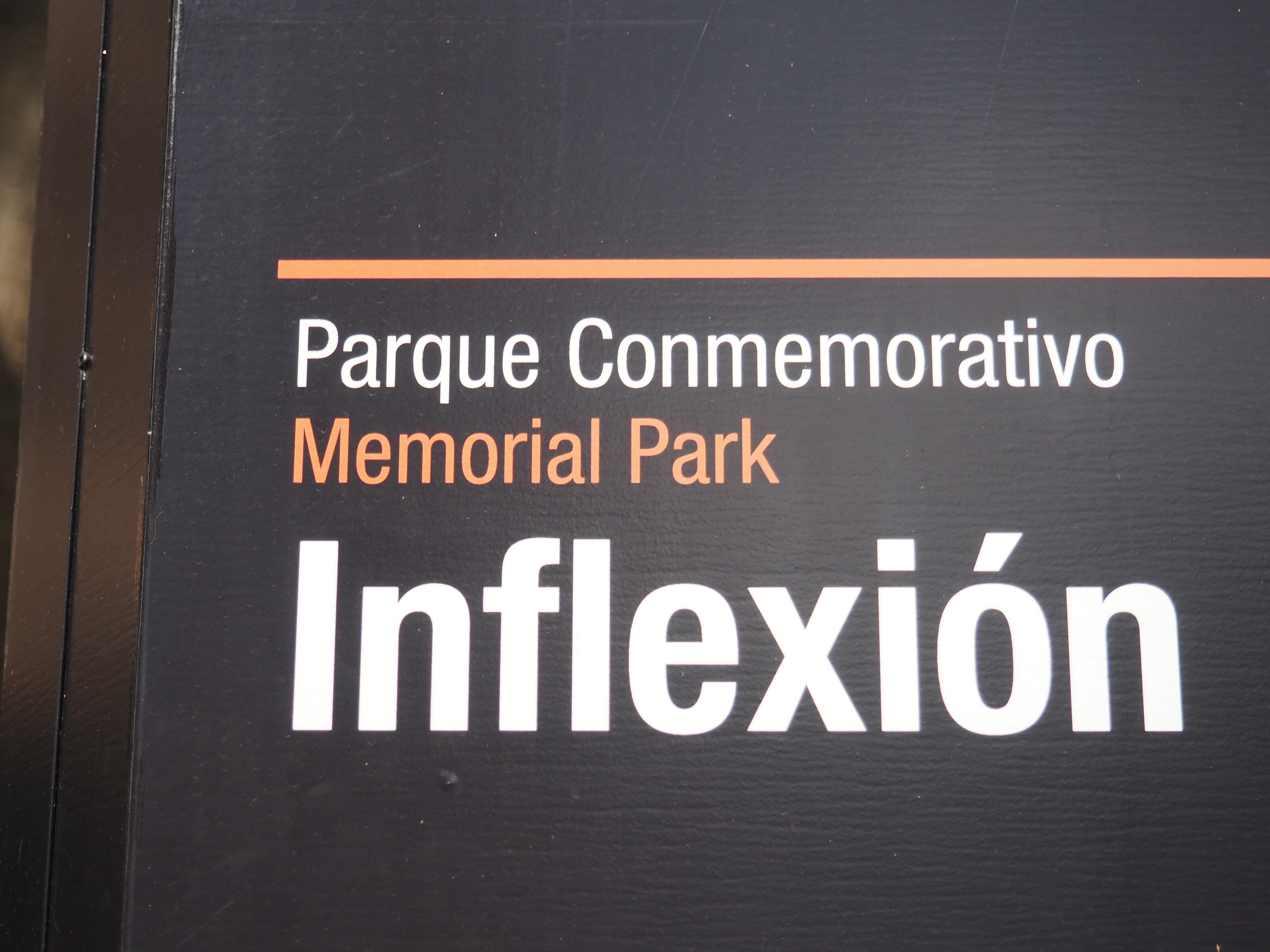 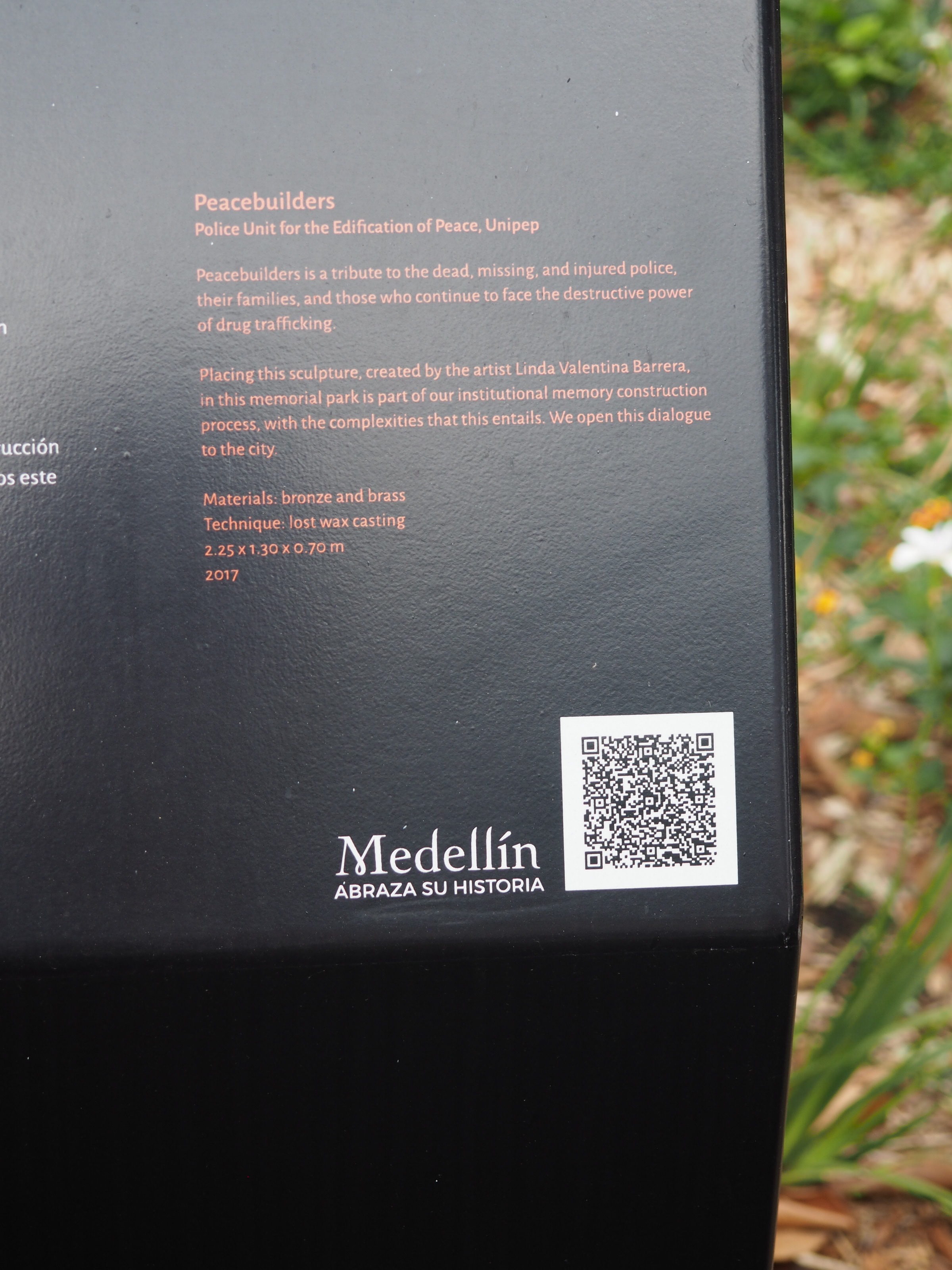 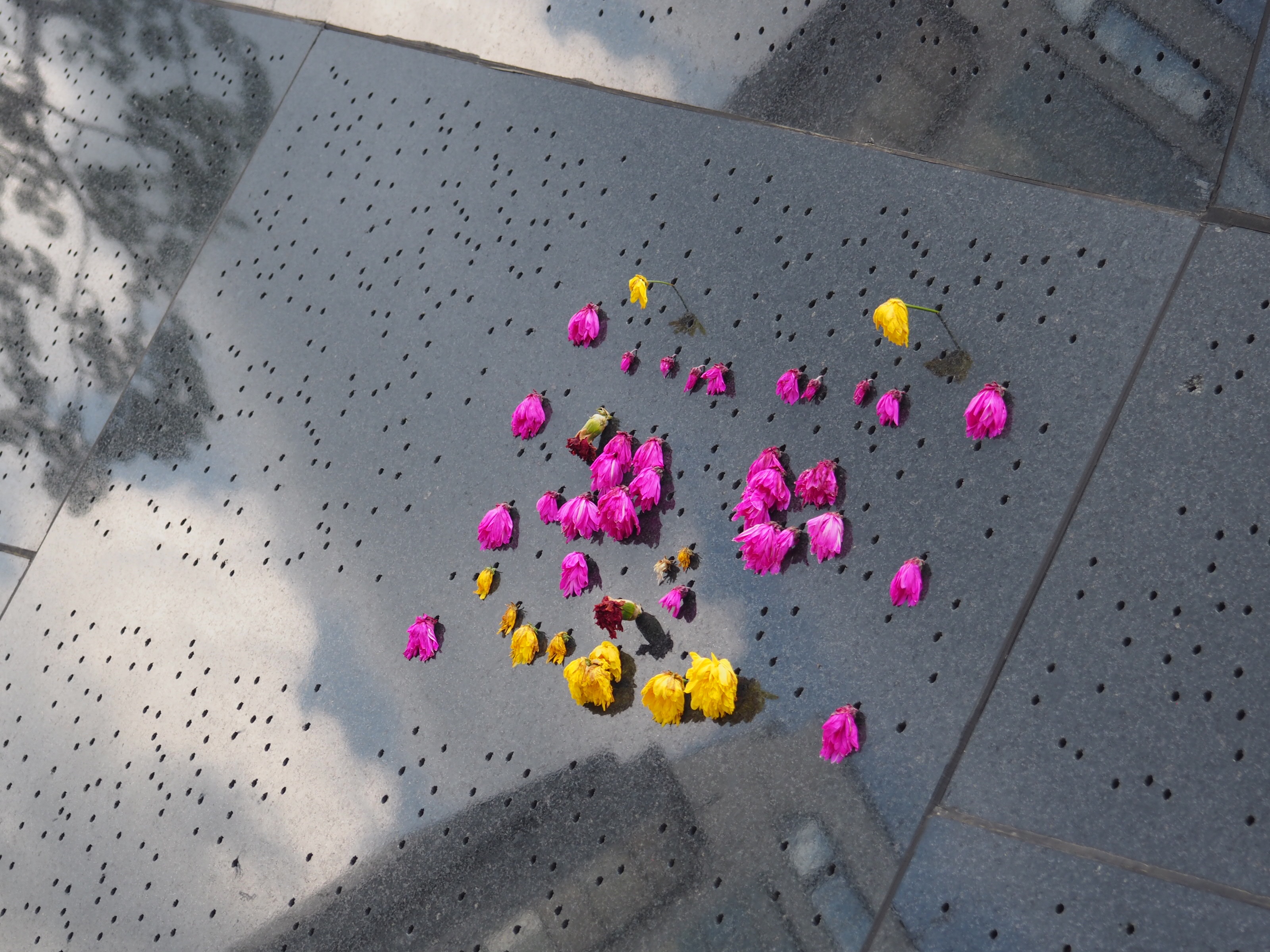 Kim andJohn enjoyed their visit to Medellin and are now waiting at the airport to head to the north coast. Have an awesome day and hug your family and friends. Everyday is a day to be grateful for living in a safe place, and having the privileges that we have. Hugs and kisses 💗❤️💕Teddy