Kim and John started off the day in Hue with a tour of the citadel before jumping on the bus and heading to the old town of Hoi An.

The citadel in Hue is huge!  They spent most of the morning here.  This is one of Vietnam’s seven UNESCO World Heritage sites.  The Imperial City of Hue was actually a walled fortress and palace belonging to the ancient city of Hue, which was a capital city of the Nguyen Dynasty for 140 years … from 1805 until 1945. 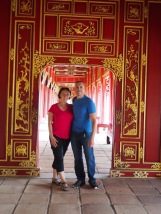 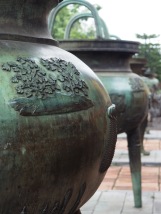 cauldrons dedicated to the emperor 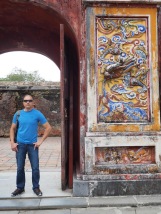 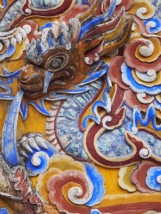 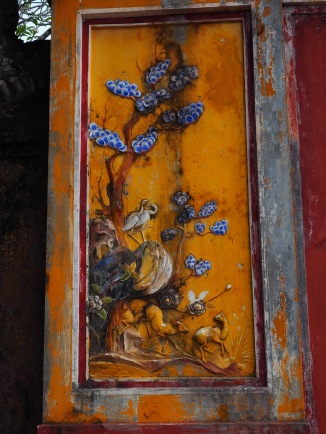 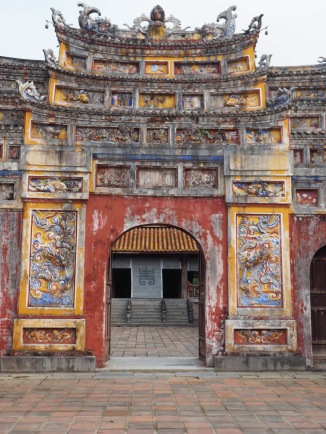 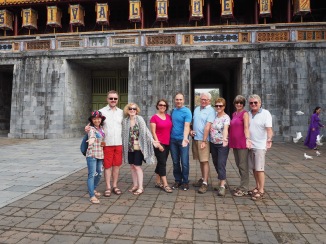 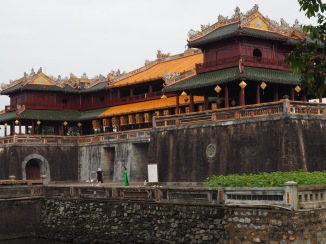 After the tour, everyone jumped on the bus to Hoi An, a 4 hour drive through the jungle and along the coast.  Of course, we stopped about half way to enjoy a Bahn Mi (Vietnamese baguette sandwich) and some desserts….which are tasty, but not overly sweet.

On our way to Hoi An, we travelled along the coast to Danang.  John was excited to see the beaches! 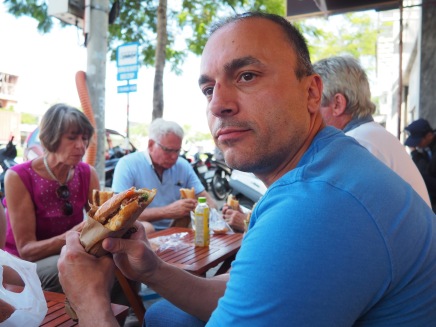 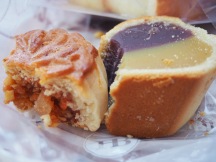 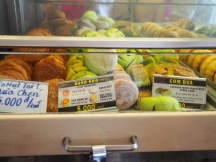 Once they reached their destination, they went on a walking tour with their guide of the old city of Hoi An.  In 1999 this was designated a UNESCO World Heritage site.

Old Town Hội An, the city’s historic district, is recognized as an exceptionally well-preserved example of a South-East Asian trading port dating from the 15th to 19th century buildings and street plan reflecting a unique blend of influences, indigenous and foreign. Prominent in the city’s old town, is its covered “Japanese Bridge,” dating to the 16th-17th century. 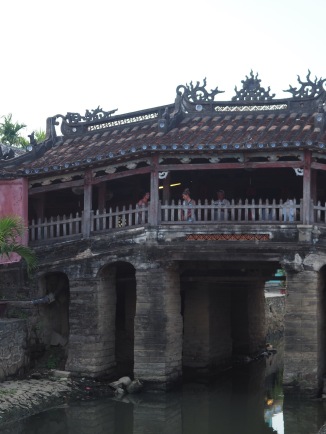 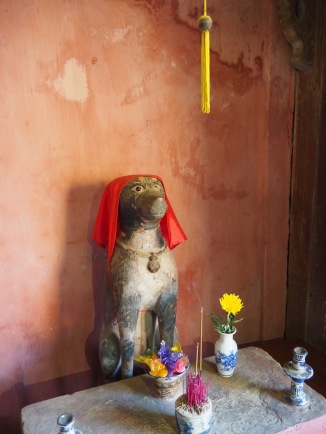 The bridge construction started in the year of the dog 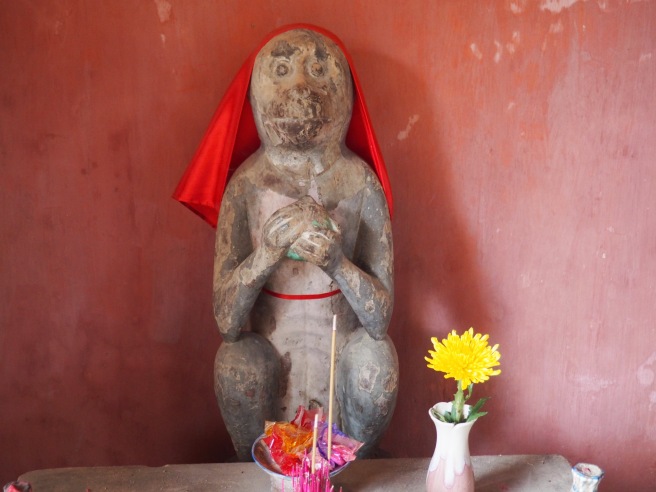 And finished during the year of the monkey….the dog and monkey are at either end of the inside of the bridge

It’s also a “lantern” city and is absolutely beautiful in the evenings with everything lit up! And there are opportunities to shop everywhere! 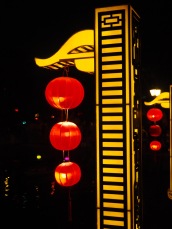 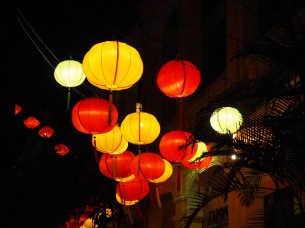 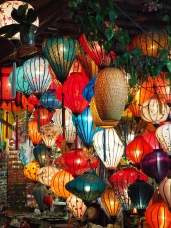 Kim and John have a couple of more days in Hoi An before heading to Ho Chi Min City (Saigon).

Stay tuned for the next update….Kim told me they went on a bicycle tour of herb gardens and learned how they grow bean sprouts, followed by another cooking class…..they really are eating their way across Vietnam!